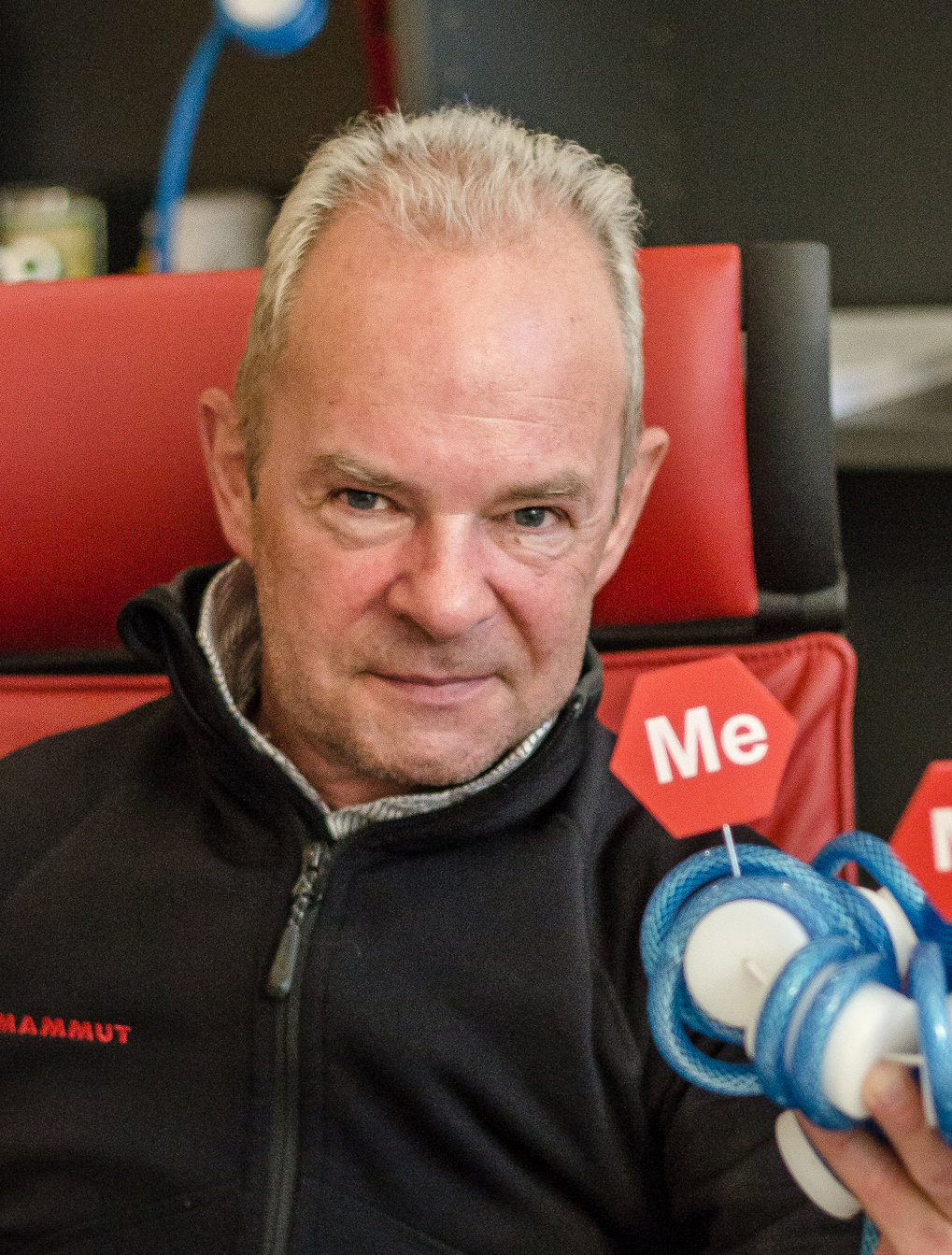 How to break heterochromatin 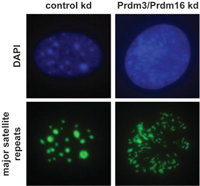 We developed a biochemical assay and used in vivo analyses in murine embryonic fibroblast cells (MEFs) to identify Prdm3 and Prdm16 as redundant H3K9me1-specific KMTs that direct cytoplasmic H3K9me1 methylation (Pinheiro et al., 2012). The H3K9me1 is converted in the nucleus to H3K9me3 by the Suv39h enzymes to reinforce heterochromatin. Simultaneous depletion of Prdm3 and Prdm16 abrogates H3K9me1 methylation, prevents Suv39h-dependent H3K9me3 and derepresses major satellite transcription. Most strikingly, DNA-FISH and electron microscopy reveal that combined impairment of Prdm3 and Prdm16 results in disintegration of heterochromatic foci and disruption of the nuclear lamina (see Figure). Our data identify Prdm3 and Prdm16 as H3K9me1 methyltransferases and expose a functional framework in which anchoring to the nuclear periphery helps maintain the integrity of mammalian heterochromatin.

We will now focus on the detailed molecular mechanism, by which these enzymes exert their function. In particular, we are interested in exploring a potential deposition related mechanism for H3K9me1 and signalling pathways that may regulate the enzymatic activity of Prdm3 and Prdm16.