Overview of attention for the article published in Science on July 30, 2020. 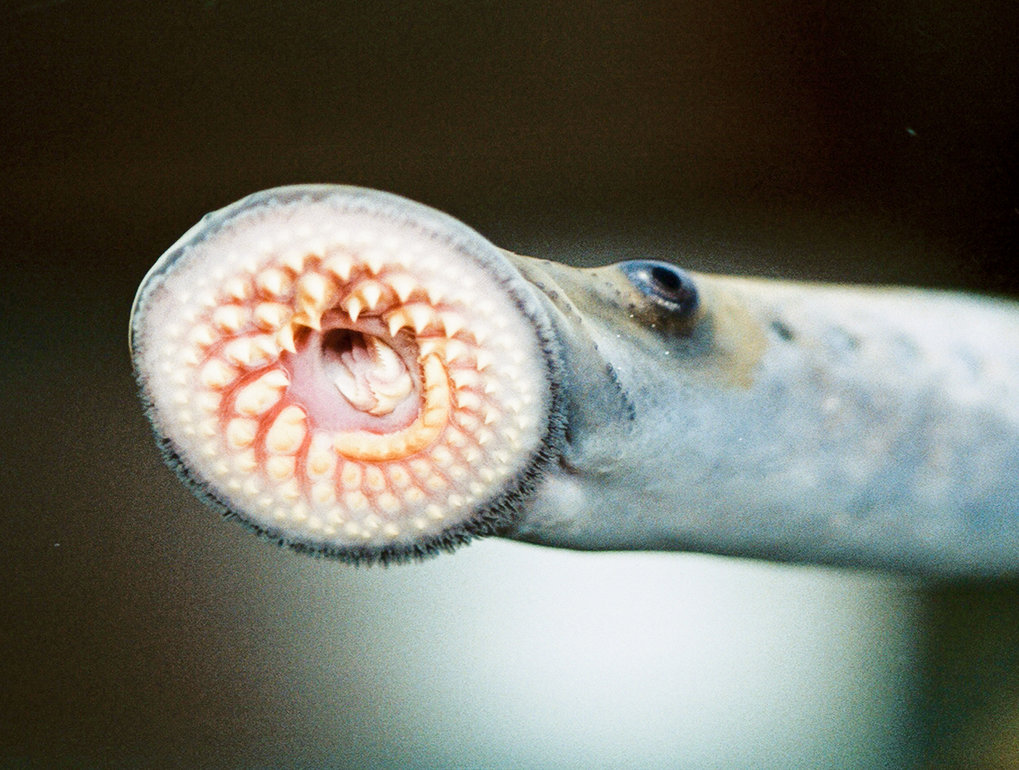 Receptors for the immune defence 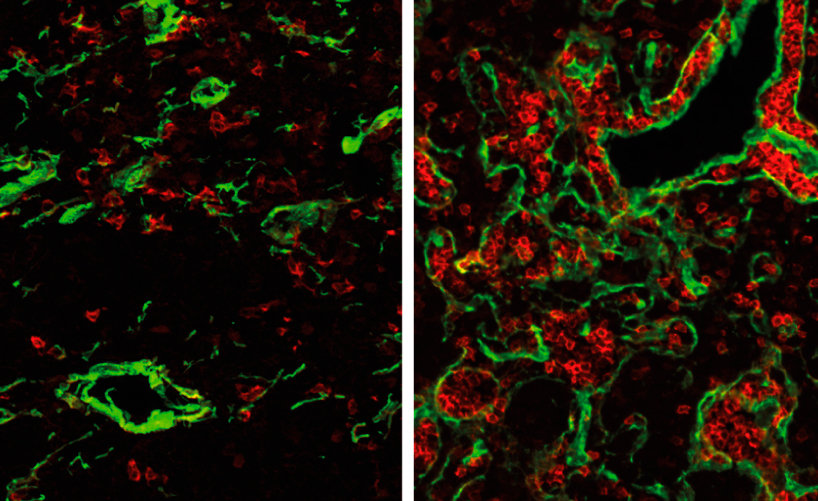 A single factor can reset the immune system of mice to a state likely similar to what it was 500 million years ago, when the first vertebrates emerged. [more]

Deep-sea anglerfishes have evolved a new type of immune system

Deep-sea anglerfishes have evolved a curious reproductive strategy. Tiny males attach themselves to gigantic females so tightly that the tissues of the two animals eventually fuse. The male esssentially turns into a sperm-producing parasite. This phenomenon is known as sexual parasitism which avoids rejection reaction that usually happens after organ transplantation. Researchers at the MPI of Immunobiology and Epigenetics in Freiburg, Germany and the University of Washington in Seattle, USA have now solved this enigma, and describe the mechanism by which the fusion of two individuals of the same species can so readily occur. They found that the unusual mode of reproduction is associated with changes in the genome that disable key functions of the acquired immune system and instead must rely on much improved innate facilities to deal with infections. The discovery of this unique immune system points to possible new ways of improving immune defence in patients who suffer from the consequences of a congenital or acquired immune disabilities. 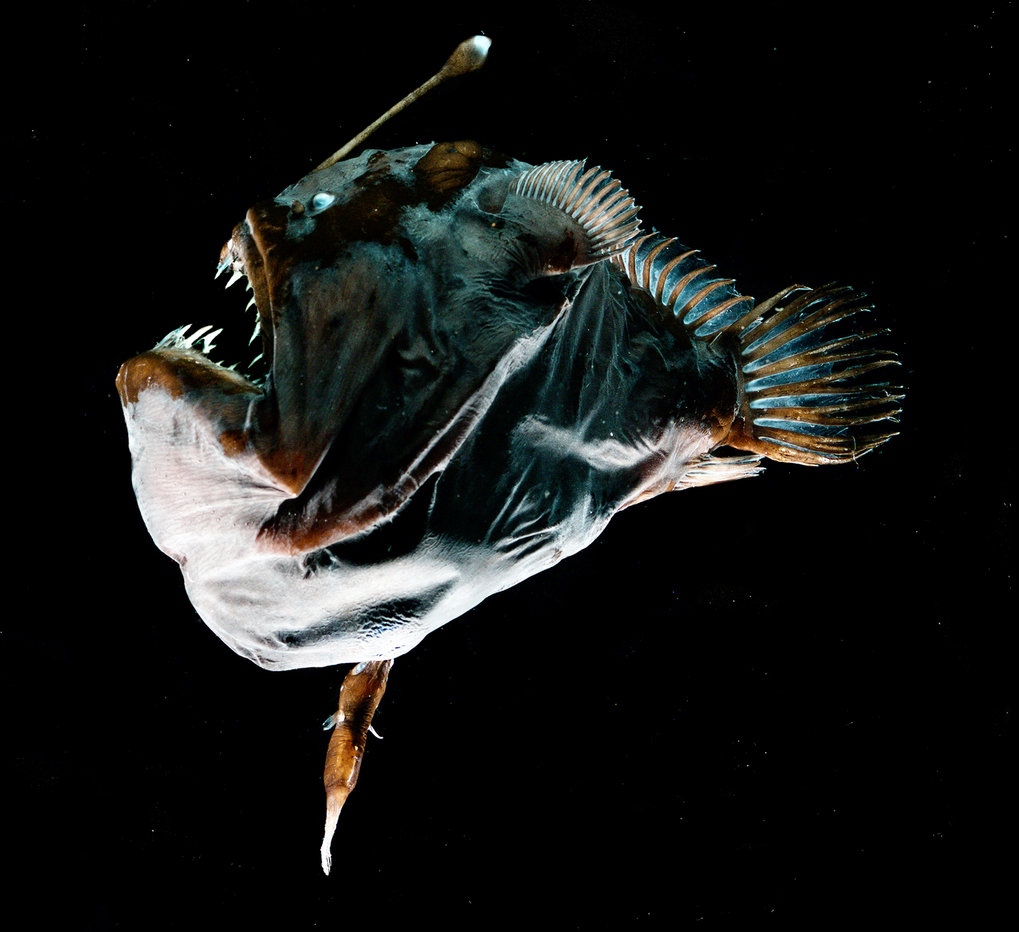 Deep-sea anglerfishes employ an incredible reproductive strategy. Tiny dwarfed males become permanently attached to relatively gigantic females, fuse their tissues and then establish a common blood circulation. In this way, the male becomes entirely dependent on the female for nutrient supply, like a developing fetus in the womb of her mother or a donor organ in a transplant patient. In anglerfishes, this unusual phenomenon is referred to as sexual parasitism and contributes to the reproductive success for these animals living in the vast space of the deep sea, where females and males otherwise rarely meet. 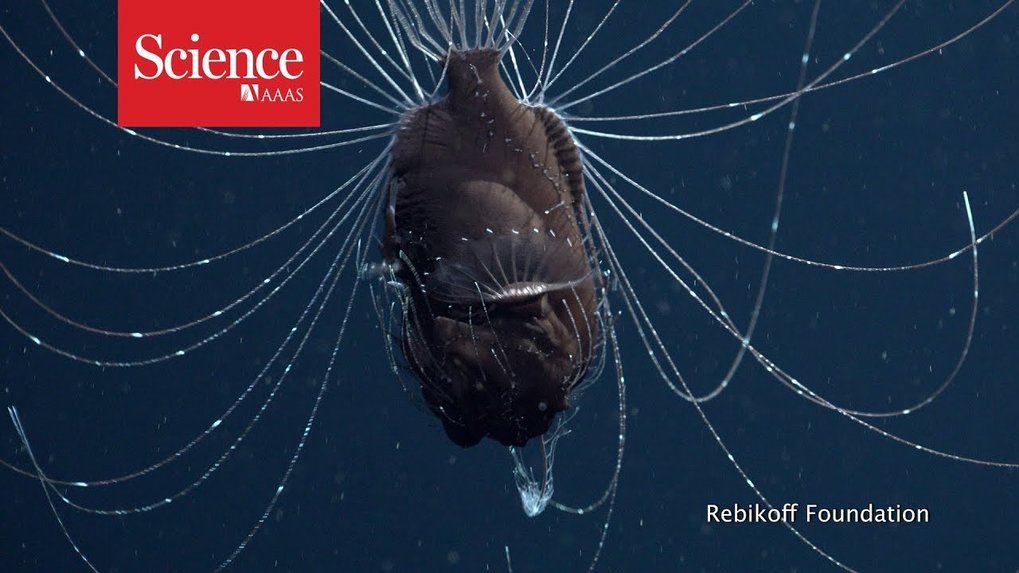 First-ever documentation (2018) of a mating pair of the deep-sea anglerfish of the family Caulophrynidae jordani.

The permanent attachment of males to females represents a form of anatomical joining, which is otherwise unknown in nature except for the rare occurrence in genetically identical twins. The immune system represents an estraordinary obstacle here. It attacks foreign tissue as it would destroy cells infected by pathogens. Just witness the difficulties surrounding organ transplantation in humans, which requires the careful cross-matching of donor and recipient tissue characters, together with immunosuppressive drugs, to ensure the long-term survival of the organ graft. But how is it possible then that, in case of anglerfishes, that individuals of the same species accept each other so readily when tissue-rejection is the usual and expected result of any such union?

The phenomenon of sexual parasitism has posed an enigma that has existed for 100 years, ever since the first attached couple was discovered by an Icelandic fisheries biologist in 1920. Now, scientists from Germany and the USA have solved this century-old conundrum and report their findings in the scientific  journal Science.

A few years ago, Thomas Boehm, a medical doctor and immunologist working at the Max Planck Institute of Immunobiology and Epigenetics in Freiburg, Germany, and Theodore W. Pietsch, an ichthyologist and a internationally renowned expert on anglerfishes working at the University of Washington in Seattle, USA, set out to study the genomes of different anglerfish species. They began by looking at the structure of major histocompatibility (MHC) antigens. These molecules are found at the surface of the body’s cells and signal alarm to the immune system, when the cells are infected by a virus or a bacterium. To make sure that all pathogens are efficiently recognized, the MHC molecules are extremely variable, so much so that it is hard to find identical or near-identical forms in any two individuals of a species. This feature is at the root of the tissue-matching problem that plagues human organ and bone marrow transplantation.

Interestingly, the researchers found that anglerfishes that utilize permanent attachment are largely depauperate in genes that encode these MHC molecules, as if they had done away with immune recognition in favor of tissue fusion. “Apart from this unusual constellation of MHC genes, we discovered that the function of killer T cells, which normally actively eliminate infected cells or attack foreign tissues during the organ rejection process, was also severely blunted if not lost entirely. These findings hinted at the possibility that the immune system of anglerfishes was very unusual among the tens of thousands of vertebrate species”, says Jeremy Swann from the MPI of Immunobiology and Epigenetics and first author of the study.

After these unexpected discoveries, the scientists suspected that the re-organization of the immune system of anglerfishes might be even more extensive than expected. And indeed, further research indicated that antibodies, which are the second powerful weapon in the arsenal of immune defence are also missing in some of the anglerfish species. “For humans, the combined loss of important immune facilities observed in anglerfishes would result in fatal immunodeficiency”, says Thomas Boehm, Director at the MPI of Immunobiology and Epigenetics and lead scientist of the project.

However, anglerfishes are obviously able to survive without essential adaptive immune functions. Thus, the researchers concluded that the animals use much improved innate facilities to defend themselves against infections, a most unexpected solution to a problem that is faced by all living things. Indeed, until now it was thought that a partnership of acquired and innate immunity, once it was formed in evolution, cannot be disentangled with severe consequences.

The study thus shows that despite several hundred million years of co-evolutionary partnership of innate and adaptive functions, vertebrates can survive without the adaptive immune facilities previously considered to be irreplaceable. We assume that as yet unknown evolutionary forces first drive changes in the immune system, which are then exploited for the evolution of sexual parasitism”, says Thomas Boehm.

Interestingly, the scientists believe that, among their collection of fishes, they have even captured one species en route to developing sexual parasitism. “We find it remarkable that the unusual mode of reproduction was invented several times independently in this group of fishes”, says Ted Pietsch from the University of Washington.