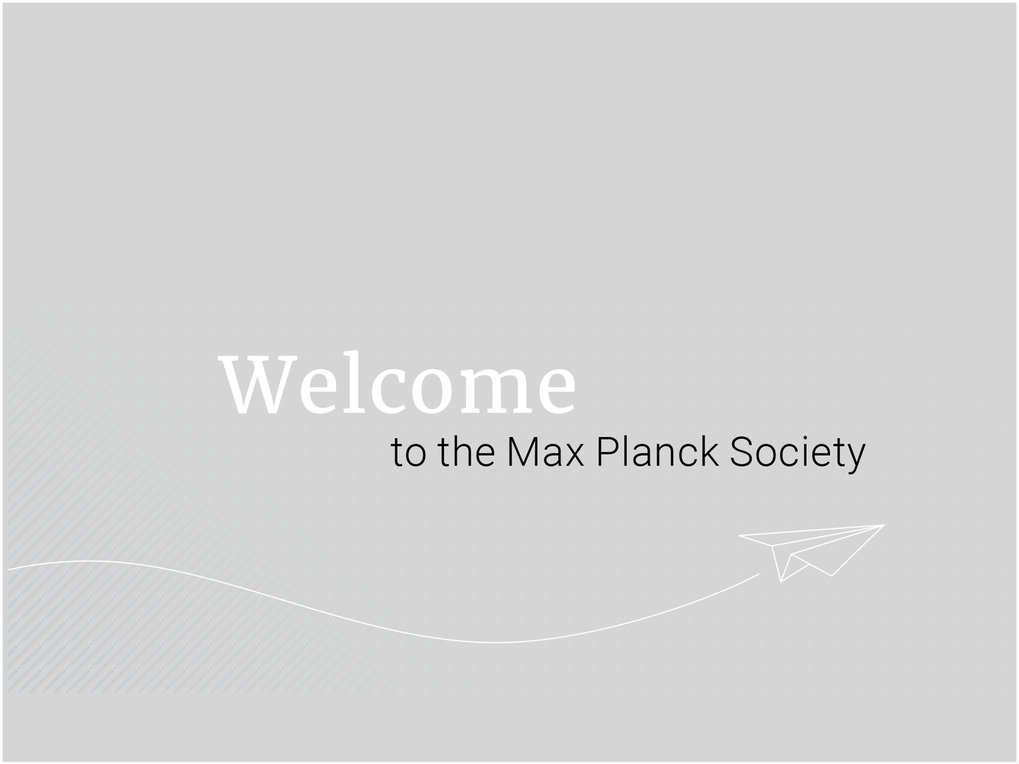 We welcome all new arrivals, assists in the onboarding procedure, help you to find a new place and get acquainted with your new colleagues. Learn more about our services.

Freiburg is located in the extreme south-west of Germany close to the French and Swiss borders. The Max Planck Institute of Immunobiology and Epigenetics is situated in the northern part of Freiburg, a 10 minutes drive from Freiburg main station. 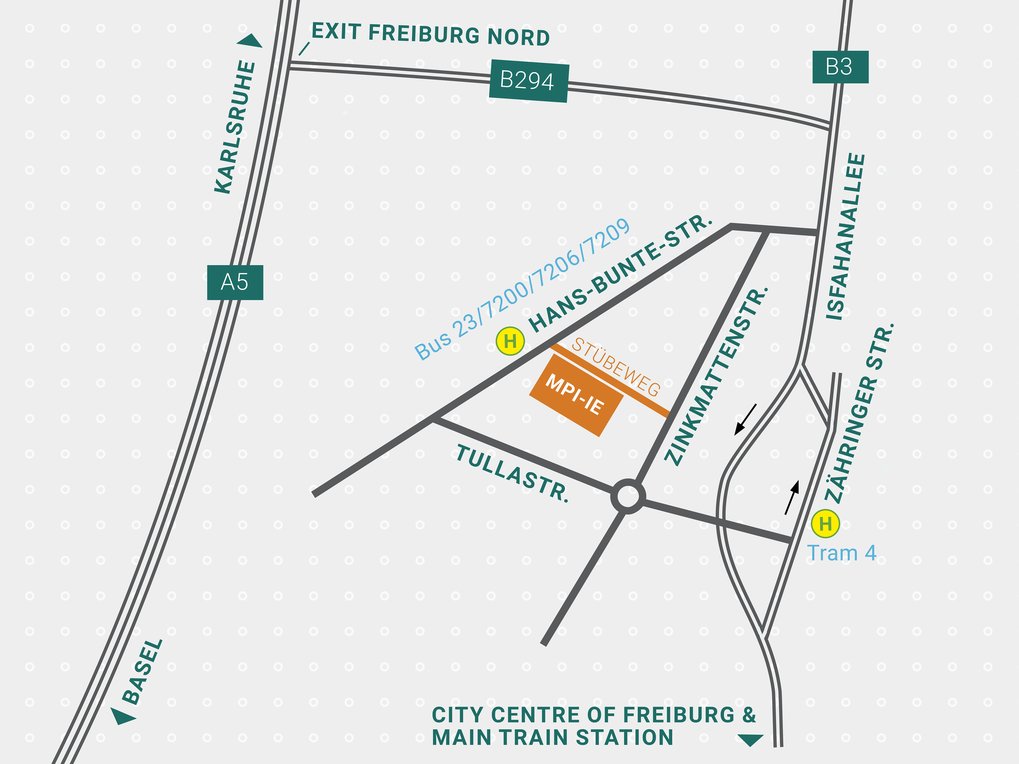 You find the tramway station at the south end of the main train station (signposted). Use tram no. 4 to “Zähringen” to get to the MPI-IE. Get off at stop “Tullastraße” (8 stops). Walk along the “Tullastraße” until “Zinkmattenstraße” (first exit at the roundabout) and follow this street until “Stübeweg” on your left. You find the MPI-IE on the left side (overall a 15-20 min walk). Please use the website of the public transportation service VAG in Freiburg for further information.

Alternatively, you can use busses from the ZOB (central bus station) next to the main train station:

Get off at stop “Max-Planck-Institut” (approx. 15 min ride). The bus stop is located next to the corner of Hans-Bunte-Straße and Stübeweg on the left. The MPI-IE is on the right hand side of Stübeweg (2 min walk). For further information about departure times, please use the bus schedule by NVBW.

Basel EuroAirport is the most convenient airport for travel to Freiburg. The Freiburger Airportbus, a bus service provided by Freiburger Airportservice (in cooperation with Flixbus), takes you from Basel EuroAirport direct to Freiburg main station/central bus station (ZOB). The bus stop can be found at the French exit, in front of the airport building (arrivals level). Tickets can be purchased in the bus, payable in cash.

In order to check fares and schedules, please go to the Raileurope website. Further you can go to Deutsche Bahn (Germany) and the SNCF website (France) for checking fares and timetables with the respective national railway companies.

Trains services from Stuttgart Airport to Freiburg train station take about 3h and run several times a day. Tickets can be purchased on the Deutsche Bahn Website. Additional, there is a bus connection provided by Flixbus (3,5 to 4 hours)

The airport Karlsruhe/Baden-Baden (FKB) is one of the bases of Ryanair in Baden-Württemberg with many routes to European destinations. The airport can be reached by car via motorway A5 (exit: Baden-Baden). Train services (ICE, TGV, regional trains) to Freiburg run from train station Baden-Baden as well as train station Rastatt. Local bus connections connect the airport to the train stations.

Note: Whether or not you use an airport bus or train connection to reach Freiburg, you will most likely end up at Freiburg Hauptbahnhof (main station), i.e., central bus station (ZOB) located in the city center. See above for more information on reaching the Institute from the main train station via public transport.

There are taxis available outside Freiburg main station or can be booked by phone using +49 761 55 55 55. The journey to the MPI-IE from the train station/city center takes about 10 minutes and costs between EUR 10,- and 15,-.

If you arrive via freeway A5, Karlsruhe to Basel, take the exit 61 for “Freiburg Nord”. Keep in the left lane and take highway B294 towards Freiburg. After approximately 3.5km highway B294 runs into highway B3 towards Freiburg. Take the exit for “Industriegebiet Nord” and keep in the left lane. Turn left at the traffic light into “Hans-Bunte-Straße”. Finally turn left again into “Stübeweg”. The MPI-IE is on your right.

If you arrive via freeway A5 from Basel to Karlsruhe/Frankfurt take exit 62 for “Freiburg-Mitte” toward Freiburg/Donaueschingen/Titisee-Neustadt. Merge onto B31a. Take the exit toward FR-Landwasser/FR-Betzenhausen/Messe/IKEA. Merge onto Paduaallee and continue onto Granadaallee and Lembergallee for about 4km. Turn right into “Tullastraße” and continue for 1km. Now turn left into “Hans-Bunte-Straße”. Take the first right onto Stübeweg. The Institute is on your right side.