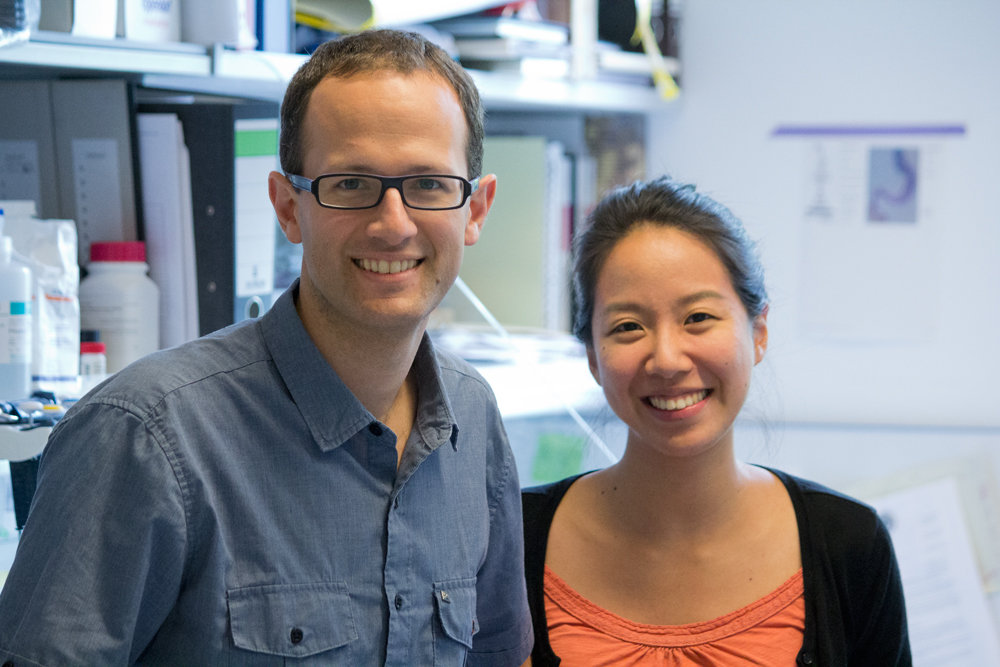 Almost every sixth human worldwide suffers from diabetes, obesity or both. Interestingly, genetic differences can only explain a proportion of cases. A second, more enigmatic regulatory system seems to play a central role in the development of the disease: so-called ‘epi’genetic regulation. PhD student Tess Lu and the Freiburg scientist J. Andrew Pospisilik from the Max Planck Institute of Immunobiology and Epigenetics found evidence that type-2 diabetes may result in part from insulin cells that lose their epigenetic memory, and thus, their function. For upcoming studies, Pospisilik was awarded with a Rising Star award at the conference of the European Association for the Study of Diabetes in Barcelona.

Epigenetic regulation determines gene activity in different cell types and acts as a kind of cell-type specific memory. This epigenetic memory can be modified by external factors such as diet and stress. At the same time it can remain conserved throughout many cell divisions and even generations.

In 2012, researchers unraveled a long overseen mechanism for how we develop type-2 diabetes. Rather than dying, or shutting down function, insulin producing beta-cells seemed to be “forgetting” their fate and reverting towards a more stem cell like identity. Although this idea is new, the Pospisilik group was able to recreate this unique disease pathology by controlling epigenetic state. This finding will help enable researchers around the world to investigate the new diabetes form in great detail.

The Freiburg researchers switched off the gene for an epigenetic regulator previously shown to control entire programs of cellular identity. Animals with this modification were first healthy and developed normal insulin producing cells. But at around middle-age, the cells forgot their function and the animals could not control their blood sugar anymore. The researchers did not find any hints for inflammations, cell death or cell proliferation, leaving behind ‘ghost-like’ cells with no clear markers of their former selves.

With the “rising star” award, endowed with 30 000 Euros funding, Pospisilik aims to investigate the epigenetic profile of individual cells and find out, which epigenetic alterations in detail are involved in diabetes development. The research group will combine cellular, biochemical and analytic methods and the new data will be easily accessible for other researchers through an open access platform.

“These studies will give the diabetes community some first insights into how epigenetic profiles remain stable and why insulin producing cells forget their function,” says Pospisilik. “The research is suited to make an important contribution to fundamental concepts such as stem cell differentiation. At the same time, the research will lead to a deeper understanding of a disease that affects millions of people. It may even open new therapeutic strategies.”

J. Andrew Pospisilik was born in 1976 in Vancouver. Since 2010, he leads his own laboratory at the Max Planck Institute of Immunobiology and Epigenetics in Freiburg.