Find information about Prof. Reth's research, videos and about the award.

Michael Reth has won the Paul Ehrlich and Ludwig Darmstaedter Prize, awarded by the Paul Ehrlich Foundation, for his research on the immune system. For the first time since 1996, the prize goes to a scientist working in Germany. Reth is Professor for Molecular Immunology at the Institute of Biology III of the University of Freiburg and Scientific Director of the Cluster of Excellence BIOSS, Centre for Biological Signalling Studies. He is also head of the department for Molecular Immunology at the Max Planck Institute of Immunobiology and Epigenetics (MPI-IE). The prize is endowed with €100,000 and is one of the highest honours in science in Germany. By awarding the prize to Reth, the Foundation has chosen to honour a scientist who, like Nobel laureate Paul Ehrlich, decodes how immunity operates at a molecular level, in order to find new therapies for cancer and infectious diseases. 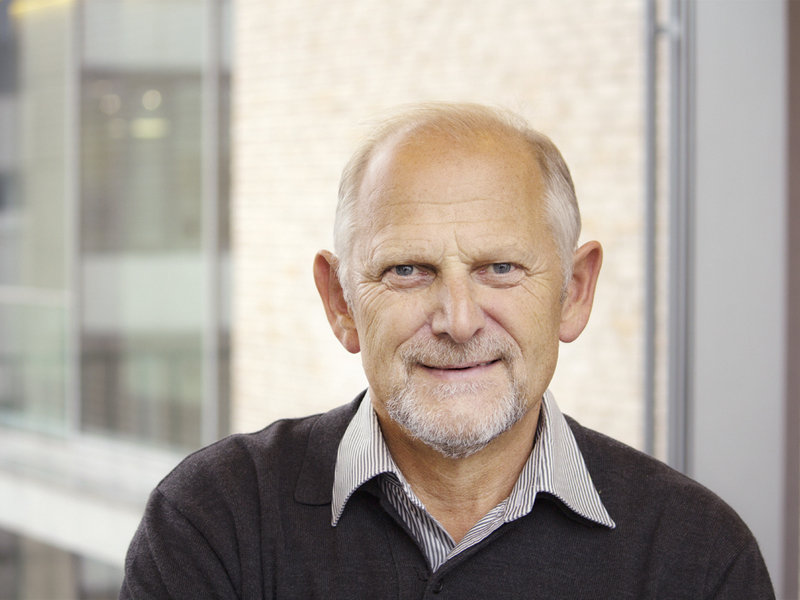 “This award is a great honour for me, because I deeply admire Paul Ehrlich’s work in immunology,” Reth said. “He was one of the first scientists to consider the molecular level in this field.” Following Ehrlich’s scientific tradition, Reth chose to focus his research on how the human body recognises foreign substances.

“Due to the success of vaccinations, which was one of the greatest achievements in medicine, immunology has been an applied science from the beginning. However, we still do not fully understand the processes that underlie immunisation,” Reth remarks. That is why his research revolves around the B cell component of the immune system. When activated, these blood cells produce antibodies to fight off infection. Reth investigates the structure and organisation of the B cell antigen receptors. These molecules on the surface of B cells recognise foreign substances, so-called antigens, and trigger the activation of the immune system. Reth was able to describe the basic structure of the antigen receptor of B cells for the first time in 1989. Together with his research group, he developed a new model for the activation of this receptor and recently provided further experimental evidence for this model.

Furthermore Reth has shown that receptors on the plasma membrane have a more complex structure than previously assumed. They are not freely diffusing on the cell surface but are organized in 50 to 150 nanometre sized membrane patches also called protein islands.

Reth is the third researcher from the Max Planck Institute of Immunobiology and Epigenetics to be awarded the Paul Ehrlich and Ludwig Darmstaedter Prize. Otto Lüderitz (who won the prize in 1965) and Otto Westphal (who won in 1968), both directors at the Max Planck Institute in Freiburg, also received the award for their work on the structure and effect of bacterial toxins, or so-called lipopolysaccharides.

In 1989, Michael Reth joined Nobel laureate George Köhler’s laboratory at the MPI and later on was appointed Chair of Molecular Immunology at the University of Freiburg. He was awarded the Gottfried Willhelm Leibniz Prize of the German Research Foundation in 1995 and the EFIS-Schering-Plough European Immunology Prize in 2009. In 2012, Michael Reth was awarded an advanced grant by the European Research Council (ERC).