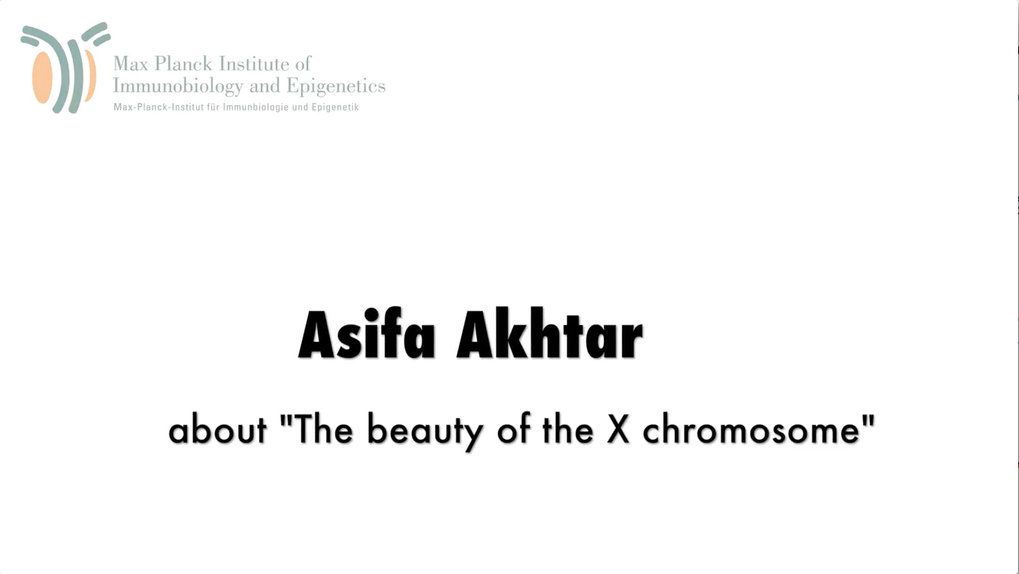 Asifa Akhtar – “The beauty of the X chromosome”

Video interview with Asifa Akhtar, managing director of the MPI-IE

Asifa Akhtar - the new managing director of the MPI-IE 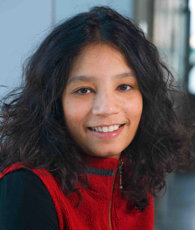 On January 1, 2015 Dr. Asifa Akhtar, Head of the Department of Chromatin Biology, took over the managing directorship from her predecessor Dr. Thomas Jenuwein. She will represent the Management Board (“Kollegium”), which establishes the general scientific and administrative policies and promotes long-term developments of the MPI-IE. Her new role will require close interactions with both the scientific and the administrative staff of the Institute. “Efficient administration, state-of-the art scientific infrastructure and excellent scientists at all career stages are the basis for a successful research institution.” says Asifa Akhtar. “To foster the effective and fruitful cooperation between these divisions is one of my goals.” Further objectives for her term as managing director will be to hire new group leaders, extend training and career-building measures for young researchers and to nurture local interactions with the University of Freiburg as well as international partnerships of the MPI-IE. 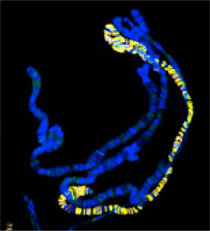 Next to the tasks as managing director, Asifa Akhtar continues to lead a dynamic research team. “ I very much count on a close interaction with my group. I am convinced that with their continued enthusiasm, positive energy and hard work we will continue exploring exciting questions in the field of epigenetics”, she explains. The Akhtar laboratory aims to decipher the epigenetic mechanisms that underlay the phenomenon of dosage compensation. As males and females differ in their amount of X-chromosomes, this process is required to ensure that males and females express the same amount of X-linked genes. What are the key factors in dosage compensation, how do they interact and do they also have additional functions? These are just some questions Asifa Akhtar is interested in – she tells all about the “Beauty of the X-Chromosome” in the accompanying video clip.

Asifa Akhtar obtained her bachelors degree in biology at University College London (UCL), UK, in 1993 and her Ph.D. in 1998 at the Imperial Cancer Research Fund in London, studying transcriptional regulation in Richard Treisman’s laboratory. She continued in the field of chromatin regulation as a postdoctoral fellow in Peter Becker’s laboratory at the European Molecular Biology Laboratory (EMBL), Heidelberg, Germany, and the Adolf Butenandt Institute, Munich, Germany. From 2001, she led her own research as a group leader at the EMBL. In 2009, her laboratory moved to the Max Planck Institute of Immunobiology and Epigenetics, Freiburg, Germany. In 2013, she was appointed director at the Max Planck Institute of Immunobiology and Epigenetics, heading the department of chromatin regulation. Asifa Akhtar received the European Life Science Organization (ELSO) award for significant contribution in the field in 2008 and was elected as an EMBO member in 2013. She serves as evaluator for many research and funding organizations (e.g. MPG, DFG, EU), editor of well-recognized scientific journals (e.g. eLife, PLoS Genetics) and actively participates in several local and international research consortia (e.g. CRC746, CRC992 MEDEP, CRC1140 KIDGEM, FP7 network EpiGeneSys).