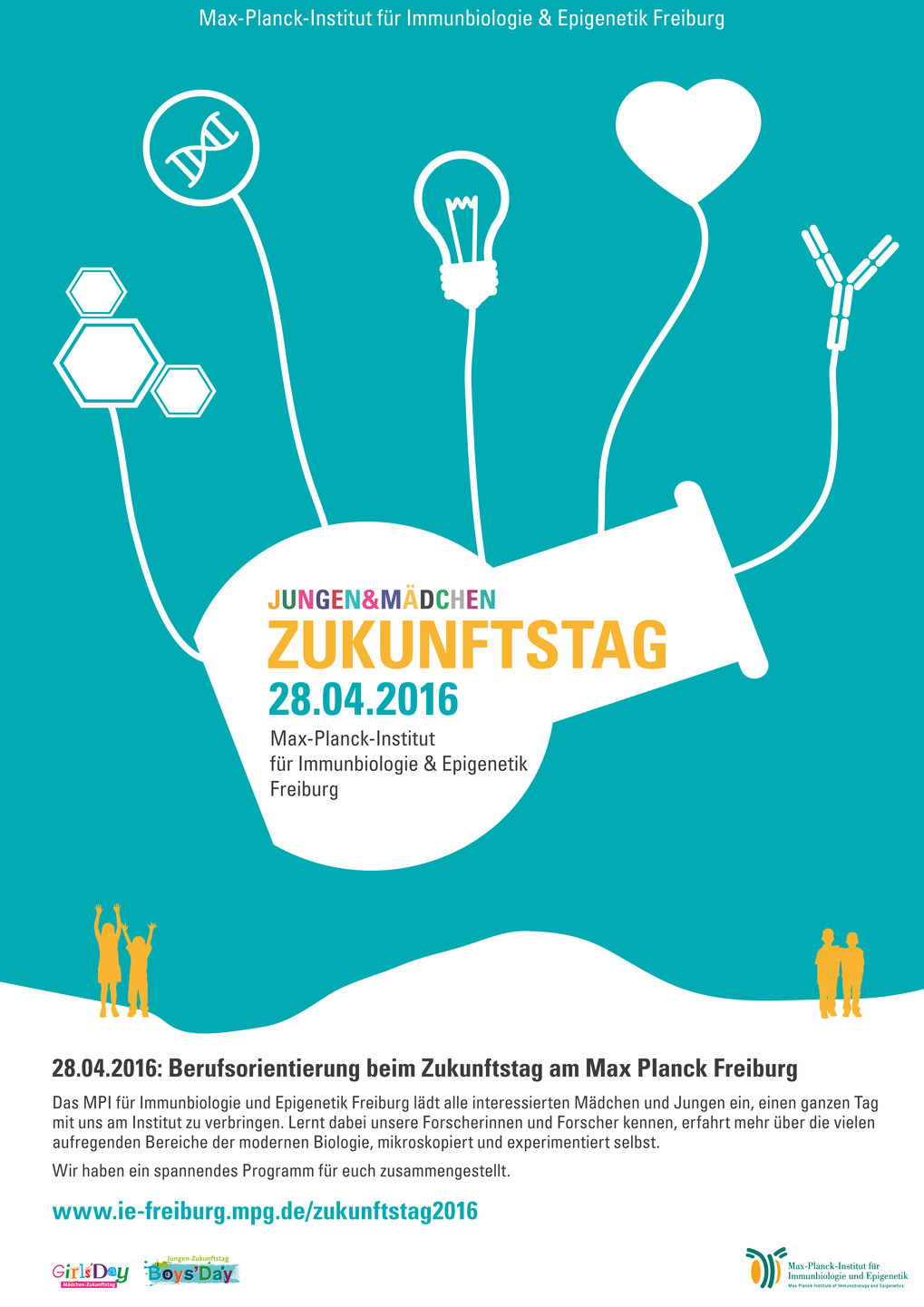 Zukunftstag 2016 at the Max Planck Institute of Immunobiology and Epigenetics (MPI-IE) as part of the nationwide Girls' Day & Boys' Day initiative. On April 28, 2016 the MPI-IE opened its doors to young adults, which were interested to visit the institute and wanted to learn more about the exciting world of modern molecular biology and the profession of a scientist in this field of research.

As part of the nationwide Girls' and Boys' Day initiative 21 boys and girls visited the Zukunftstag 2016 at the Max Planck Institute of Immunobiology and Epigenetics. The exciting program dealt with presentations about the institute and the daily work of a researcher in modern molecular biology. The children saw their first scientific poster presentation, in which they get to know the research topics of the institute in greater detail. Laboratory visits, microscopy exercises and DNA extractions completed the program. 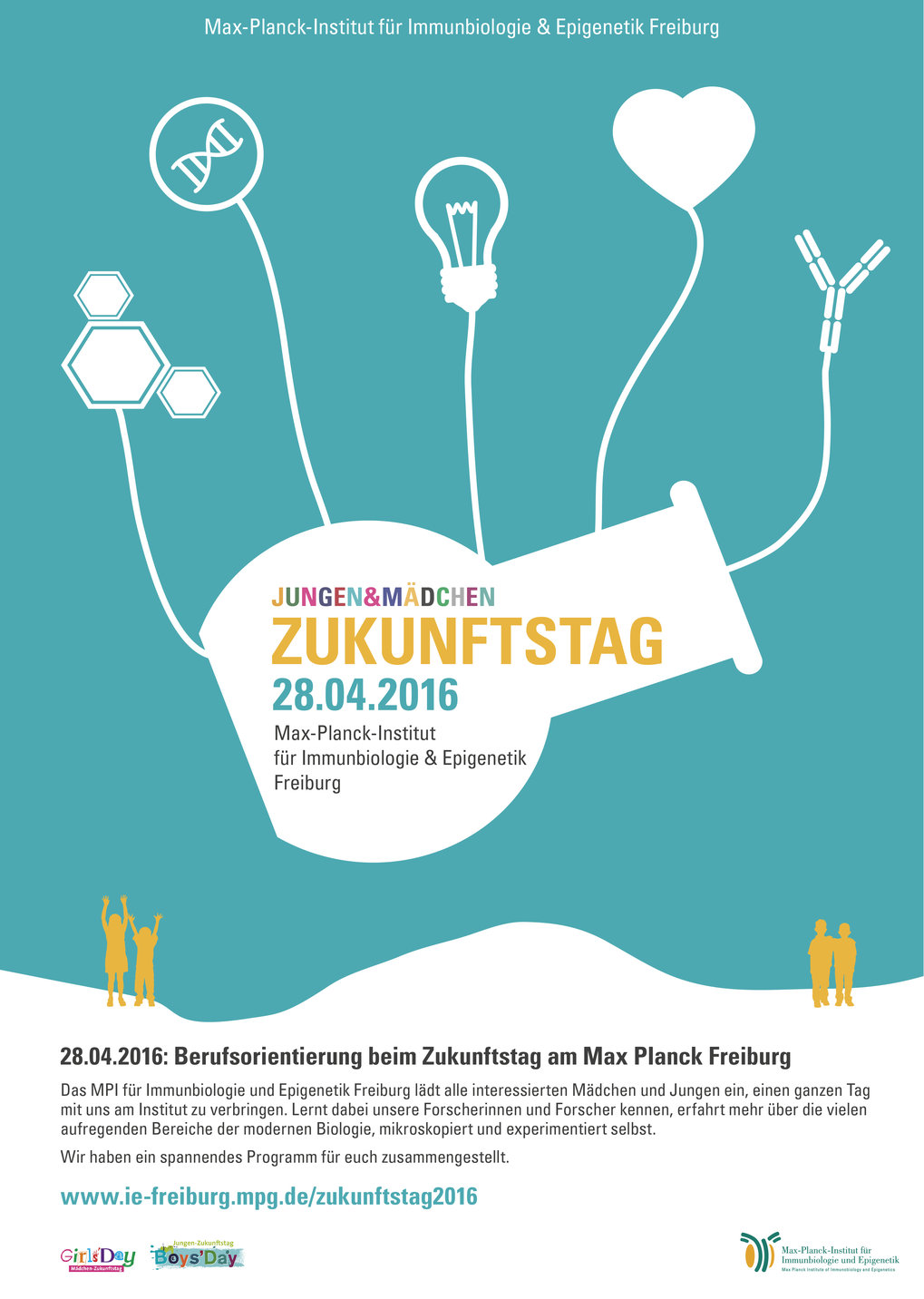 Retrospective: Zukunftstag 2016 at the MPI-IE

“… and this moving chaos takes place all the time in your cells – even if you are sleeping.” Tim Lämmermann, group leader at the Max Planck Institute of Immunobiology and Epigenetics (MPI-IE) stands in front of a monitor and traces with his finger the way of a mitochondrion moving rapidily through a phagocyte [more]
/4687180/2016_04_28_Zukunftstag2016