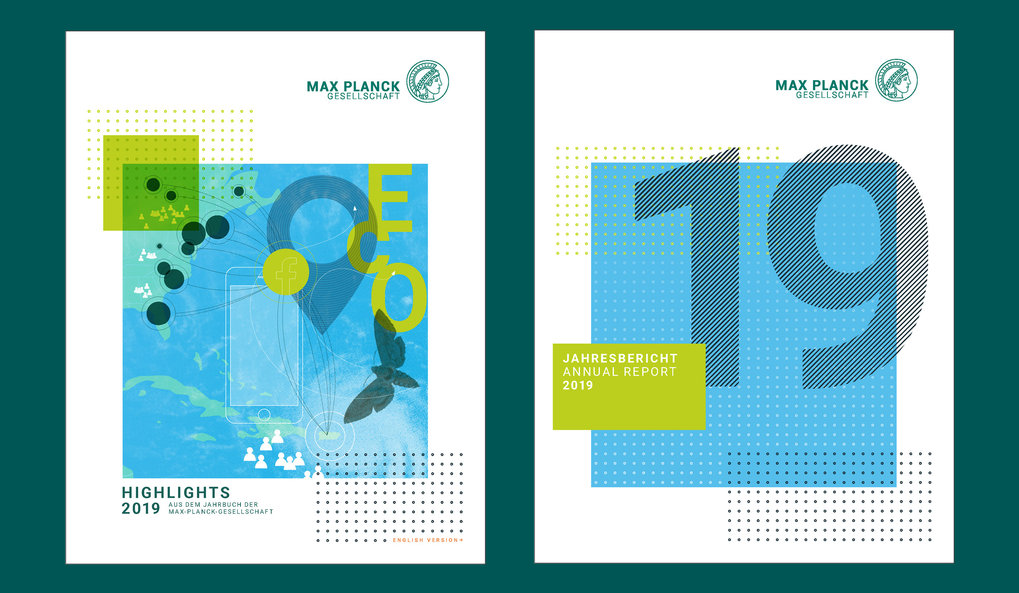 The Max Planck Society regularly publishes an annual report with current facts and figures. Due to changes in management principles, since 2016 there has been an obligation to publish a balance sheet, a statement of profit and loss, an appendix, a management report, and an auditors' report. The annual report, as a rendering account to our funding agencies and the public, is completed with the highlights from the Max Planck Society's Yearbook. [more]

From 1 July 2020 the Max Planck Society has three new Vice Presidents: Asifa Akhtar, Ulman Lindenberger and Klaus Blaum are now part of the Executive Board, which advises President Martin Stratmann and prepares important decisions for the Society. They succeed Bill S. Hansson, Angela D. Friederici and Ferdi Schüth, who had performed outstanding services at Martin Stratmann's side for six years. 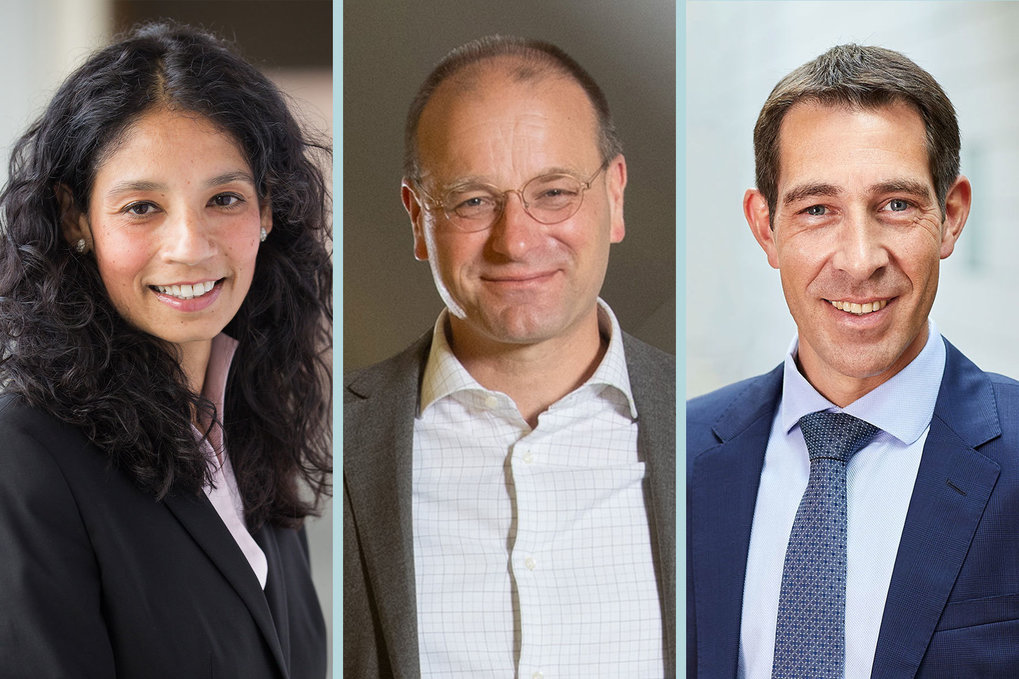 "My heart beats for the young scientists," says Asifa Akhtar, Director and Scientific Member at the MPI for Immunobiology and Epigenetics in Freiburg since 2013. Born in 1971 in Pakistan, the biologist is the first female Vice President in the Biological-Medical Section. During her term of office, she will be in charge of the Institutes of this Section and will also be the contact person for the Max Planck Schools. She takes over from Bill S. Hansson, Director at the MPI for Chemical Ecology in Jena. The Swedish-born neuroethologist was the first international Vice President ever at the top of the Max Planck Society, responsible for the area of internationalisation. The integration of new scientific members from abroad was also a matter close to his heart. With a "Travel Guide to the Max Planck Society" he has created a new and unconventional format that makes it easier for many to arrive in Germany and at the MPG. 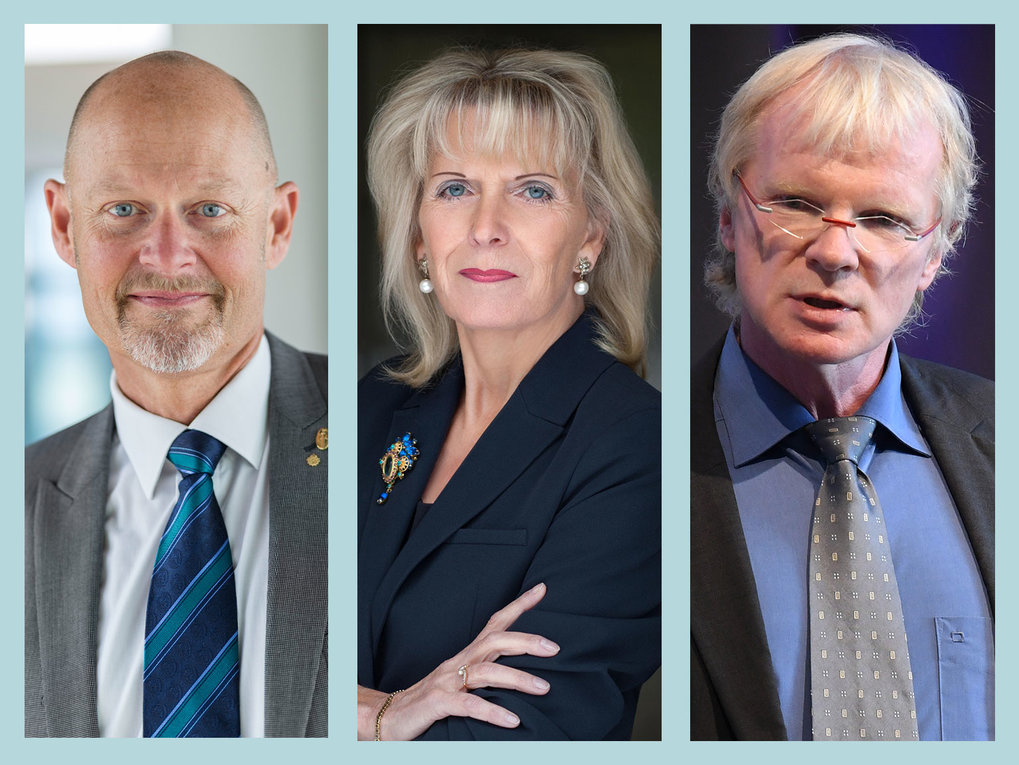 Asifa Akhtar now wants to continue this tradition. “Academic science is a beautiful example of integration because you have people from all over the world exchanging knowledge beyond boundaries, cultures or prejudice,” says the Asifa Akhtar. She also wants to advance the issue of equality. “Gender equality needs to be worked on continuously. There are outstanding women in science and we should make all the efforts and use our resources to find them.” In addition, the new Vice President promotes transparent communication both internally and externally, wishes for more diversity in the Max Planck Society, and wants to advocate cooperation with local educational institutions.

Ulman Lindenberger has been appointed Vice President of the Human Sciences Section of the Max Planck Society. Since 2003, he has been Director of the Center for Lifespan Psychology at the Max Planck Institute for Human Development in Berlin. Ulman Lindenberger succeeds Angela D. Friederici, Director at the MPI for Human Cognitive and Brain Sciences in Leipzig. Over the last six years, Friederici has, among other things, supported the "Chefsache" initiative, a network of renowned leaders from industry and science to promote equal opportunities in Germany. The Lise Meitner Excellence Program was also based on her initiative – a programme that offers young female scientists a transparent career path within the Max Planck Society. Lindenberger will take over the scientific management of the Minerva Foundation for the Promotion of Scientific Cooperation with Israel from his predecessor. “The Foundation offers a wide range of instruments for promoting scientific collaboration between Germany and Israel,” says Lindenberger, who has been to Israel several times. In addition, he has made it his mission to strengthen the brand “Max Planck“ and provide new impulses for the appointment process in the Max Planck Society.

The third in the vice presidency is Klaus Blaum. Having been the Director of the “Stored and cooled ions” Department at the Max Planck Institute for Nuclear Physics in Heidelberg since 2007, Blaum is the Vice President responsible for the Institutes of the Chemical Physical Technical Section. He takes over the office from Ferdi Schüth, who has rendered outstanding services to the Cyber Valley at the Stuttgart and Tübingen sites, the newly founded Max Planck Institute for Cyber Security and Privacy in Bochum and the Max Planck Schools. Blaum also wants to get involved in technology transfer and Cyber Valley. One topic that particularly connects the physicist with his new colleague Lindenberger is that of sustainability: "I believe that in this area you can make a difference everywhere and I am firmly convinced that everyone who hears this is immediately involved and will join in.” In addition, Blaum, who has been maintaining close scientific cooperation in the Asian region for many years, wants to contribute to the exchange between the Max Planck Society and the Chinese Academy of Sciences. Also within the Max Planck Society, Blaum sees himself as a bridge builder: “For me, it’s important to stress that I want to be the link between the Section, the Directors and the President and General Administration.”