How genes are shut down during stress

As a response to stress triggers such as heat shock cells start a coordinated response to protect themselves from damage. Part of this reaction is a rapid downregulation of many normally used genes in a process called stress-induced transcriptional attenuation (SITA). Scientists at the Max Planck Institute of Immunobiology and Epigenetics in Freiburg have now managed to demonstrate how this process works. The findings by the lab of Ritwick Sawarkar, 2018 ERC awardee, also have potential implications in neurodegenerative diseases such as Huntington disease. 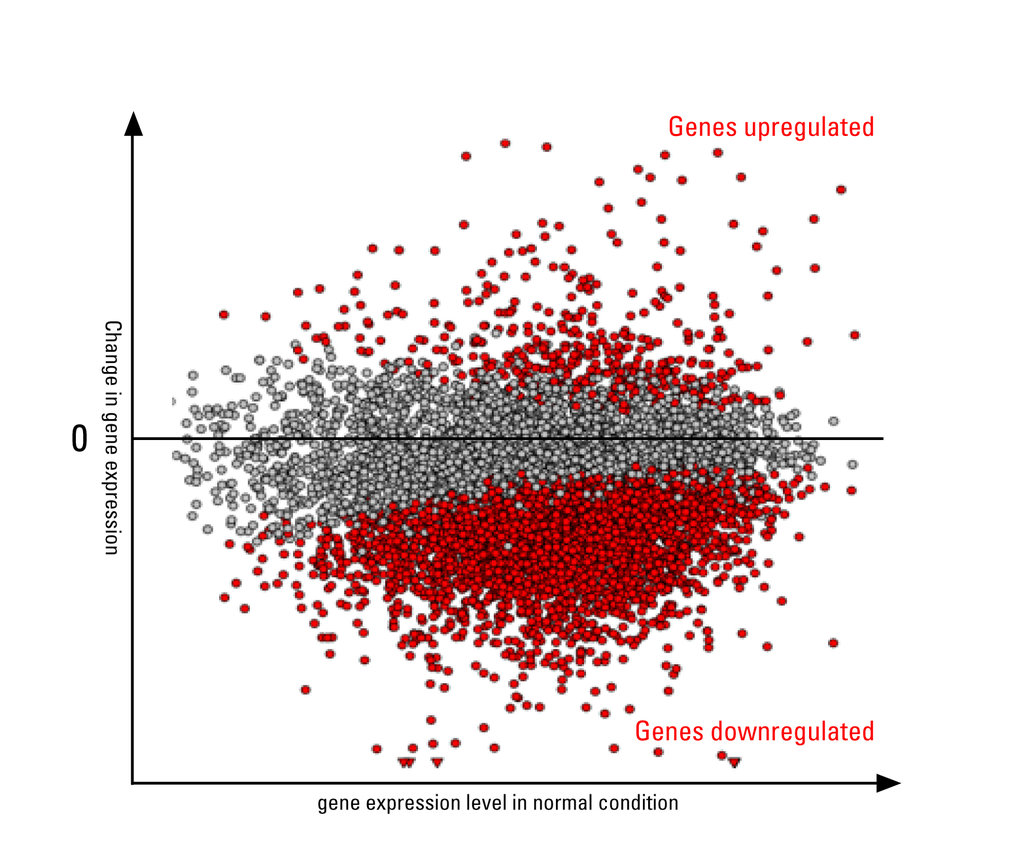 Whenever there is a big fire in a busy metropolitan area, the daily routine is abruptly interrupted. Fire engines and ambulances rush to the scene of the fire, while the normal traffic of cars, cabs, and busses grind to a halt. Something similar is observed in our own cells.

In response to cellular stress triggers such as high temperatures, a lack of nutrients or infections with pathogens cells also interrupt their daily routines to protect themselves from damage. As response to a heat-shock, for instance, cells start the production of new proteins to help damaged proteins. But at the same time, the transcription, i.e. the production of RNA from DNA material, is also greatly reduced in a large number of genes that are active under normal conditions.

“This rapid down-regulation of many genes – or as we call it: Stress-Induced Transcriptional Attenuation (SITA) – is a phenomenon we see in many different species such as flies, mice and humans. But little is known about the mechanisms that cells use for SITA”, says group leader Ritwick Sawarkar. A classical model to study gene transcriptional changes in response to stress is the heat-shock response. In their newest study, team at the Max Planck Institute of Immunobiology and Epigenetics exposed human cells to an acute temperature increase and analyzed the samples by a combination of molecular and biochemical tools.

After the Freiburg scientists had, so to speak, set fire in the cells, they were able to reveal step by step the molecular pathway that mediates SITA. “We first identified who ‘stops the traffic’. A protein complex, namely NELF, is responsible for stopping transcription at a vast number of genes by physically binding to them,” says Fernando Aprile-Garcia, the first author of the publication.

But the scientists wondered how the protein complex comes into action. The team found that proteins produced at the time of the stress are tagged with a so-called  ubiquitin mark. “Our data suggest that the signal that the cells need to sense the stress is the increase of the ubiquitin mark in proteins being produced during the stress,” explains Aprile-Garcia. To communicate the stress signal to the nucleus, the kinase p38α relocates from the cytosol to the nucleus. “Here it binds to genes in the same location as the NELF protein complex does. Therefore, p38α is the messenger that relays the stress signal to the nucleus to alter gene expression,” says Aprile-Garcia.

These basic cellular findings add a new layer of knowledge to the field of gene regulation during stress, but also could have ramifications in the medical field of neurodegenerative diseases. Notably, the research group found that key features of SITA such as protein ubiquitination and gene shutdown also occur in a cellular model of Huntington disease. “This encouraged us to explore databases with post-mortem brain samples. To our surprise we found that the vast majority of the genes that decrease their expression in our heat-shock experiments also show a down-regulation in the brain samples of Huntington’s disease patients,” says Aprile-Garcia.