Pint of Science Germany is currently being brewed. Save the date: 7 - 9 September 2020.

Pint of Science is maybe the most unusual science festival on the planet. The idea is simple: down-to-earth talks by scientists will engage discussion on a broad range of topics – while having the chance of sip-ping a good pint of beer. The idea for Pint of Science was born in the UK by two scientists at the Imperial College. After the first event in only a handful of pubs in the UK in 2013, it quickly took off and “Pint of Science” community now spreads over nearly 400 cities worldwide.

Satisfying the thirst for knowledge over a cold pint was an idea that  delighted researchers at the MPI. Therefore, they decided to bring Pint of Science to Freiburg as well. In 2018 the time had come. The debut took place at the Gasthaus zum Goldener Sternen and inspired with its topics around stem cells, epigenetics and neural sciences, which was continued in 2019 with an even more extensive program at two venues. 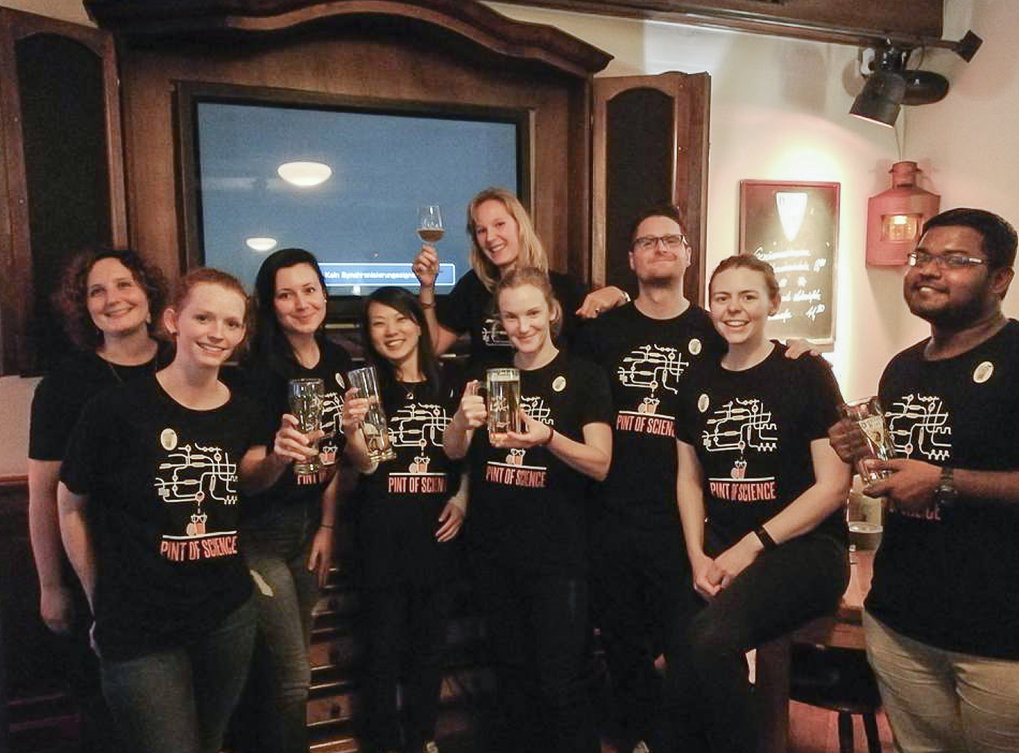 Sharing science, over a pint!

Article by Nikki van Teijlingen Bakker, IMPRS-IEM PhD student and organizer of the first Pint of Science in Freiburg, in MaxPlanck PhDNet. Nikki provides background information and tips on how to successfully organize the science festival. [more]

The speakers so far have included researchers from the MPI for Immunobiology and Epigenetics, the Freiburg Fraunhofer Institutes and of course scientists from the University and University Hospital. More on the topics and pictures of the individual events in the event overview:

Science goes to the pub. Scientists from the University, Uniklinik and the Max Planck Institute Freiburg brought ground-breaking research from the lab to the local pub. “Pint of Science” stopped at Wirthaus “Goldener Sternen” for three nights. [more]

Science goes to the pub, again. For the second time, Freiburg joined the worldwide “Pint of Science” community. Researchers of the MPI-IE, together with colleagues from the clinic and university, organized the world's most unusual science festival. [more]
/5282050/Pint-of-Science