The 4th Helmholtz-Nature Medicine Diabetes Conference is initiated by the Helmholtz Zentrum Munich (HMGU) and Nature Medicine and brings together top international researchers in the field of diabetes and metabolic disorders. The conference in Muinch offered scientists, clinical researchers and biotechnology experts the opportunity to discuss the preeminent scientific challenges facing the prevention and treatment of diabetes. 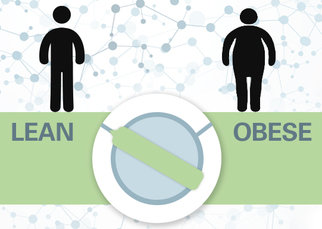 Scientists of the Max Planck Institute Freiburg discover a novel regulatory, epigenetic switch, which causes individuals with identical genetic material to either be lean or obese. [more]

Fruit flies pass down changes in their metabolism from father to son. [more]

Scientists discover novel diabetes and obesity therapy, and potential cause of major side effects from hedgehog inhibitors used as a cancer treatment. [more]

Diabetes is a chronic disease related to the hormone Insulin that regulates blood sugar. The disease occurs either when the pancreas does not produce enough insulin or when the body cannot effectively use the insulin it produces. Worldwide 8.5% of adults aged 18 years and older have diabetes (WHO, 2014). In light of these alarming numbers, scientists worldwide are in pursuit of means to prevent and treat diabetes. In September 2016, leading experts and aspiring young scientists in the field of diabetes and metabolic disorders presented and discussed their research approaches and latest findings at the 4th Helmholtz-Nature Medicine Diabetes Conference in Munich. The occasion also focussed attention on recognizing individuals that have made outstanding contributions to our understanding of the disease. Prizes were given at both senior and up-and-comer levels and were based on a nomination and peer vote. 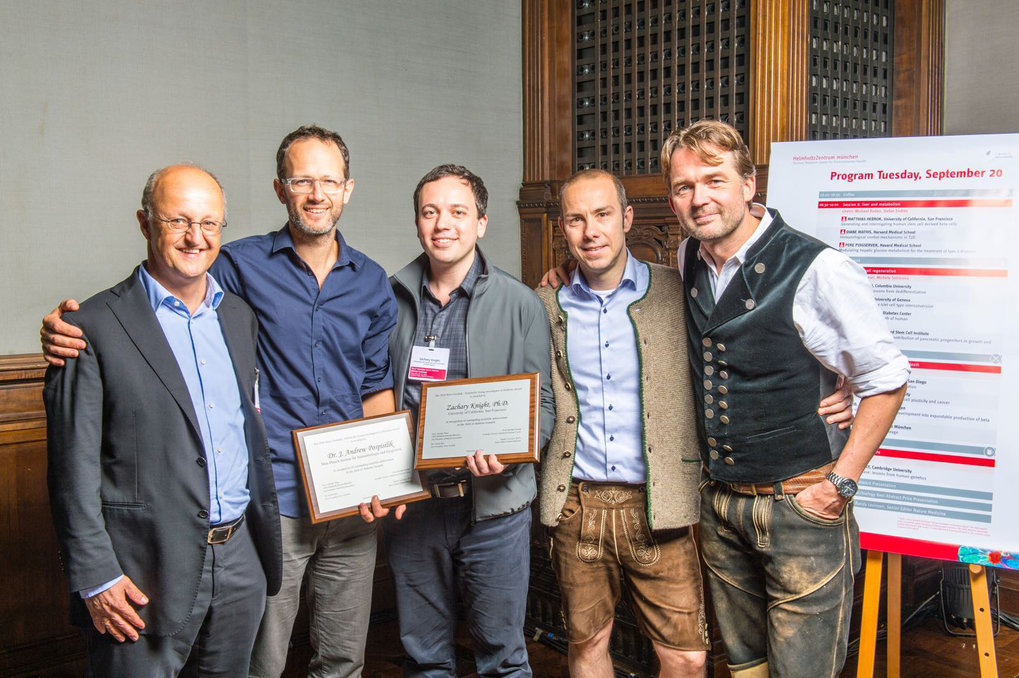 Among this years awardees was Dr. J. Andrew Pospisilik, a research group leader at the Max Planck Institute of Immunobiology and Epigenetics in Freiburg (MPI-IE). Dr. Pospisilik was honoured with the 4th Novo Nordisk Helmholtz Young Investigator in Diabetes (HeIDi) Award 2016, in recognition of a rising star in the field. The award was shared with Dr. Zachary Knight of University of California San Francisco.

“Being recognized this way by your peers is an true and exceptional honour for me. It’s a big motivator. We need more awards like this, recognizing achievements of our peers all around. In the end, we all stand on one another’s shoulders when trying to understand complex diseases. None of us could do this alone, nor without support of publically supported funding agencies and institutions like the Helmholtz Gemeinschaft, Novo Nordisk, Nature Medicine etc. that sponsored this award and make these meetings possible”, says Andrew Pospisilik.

Dr. Pospisilik’s team focuses on understanding the contribution of epigenetic mechanisms to complex diseases. Complex diseases, like obesity or diabetes, are influenced by a combination of genetic, environmental, and even lifestyle factors. In recent years the group attracted attention with numerous high profile studies describing substantial non-genetic underpinnings for metabolic disease. Included have been the identification of novel signalling axes that control metabolic rate and insulin sensitivity in mice and humans. More recently the team highlighted the potential of interactions between genetic and epigenetic factors, unraveling mechanisms underpinning transgenerational transmission of metabolic disease susceptibility and evidence of an “epigenetic switch” capable of stable turning on metabolic disease. The teams current work examines how a loss of epigenetic memory in insulin secreting cells might underpin type-2 diabetes (unpublished).